This initiative is to create transitional housing projects. Birmingham is the UK’s second city with a population of over 1.1 million people and we know from our work in a number of city-wide committees in which we are participants, and in some key partners, that there is a significant need for housing for single people and single-parent families. In Autumn 2013 there were over 5,000 single people in need of accommodation and less than 100 available single-occupancy units in affordable social housing. There are 33,000 individuals on Birmingham City Council’s housing waiting list. Our Salaam Buildings project will cater for single people and also our ‘Salaam Villages’ for single women with children.

This would include some studio apartments as well as one bedroom apartments. Whilst this project would cater for many people, one of its fundamental aims is to address the growing inter-generational challenges for Muslim youth in Birmingham who are sometimes finding themselves estranged from their families or facing vulnerabilities which would be best served by them having different accommodation. Of course we would always have an emphasis on healing those familial difficulties. The idea of the housing is that, given that the project would be fully funded from a development perspective, the income from the social rents would pay for both the maintenance of the building as well as for the support that tenants would receive from support workers and trainers. This would enable those individuals to fully participate in society, gain employment and transition into longer term private accommodation and where possible to reunite with their families. The anticipated stay would be between 6 months and 2 years maximum although the majority would fall between 6 months and 1 year.P

articular groups that would benefit would be: homeless persons and those at risk of homelessness, young people and potentially those with disabilities. We are not expecting at present for this project to cater to specific groups such as offenders as there are challenges in having an overly-mixed population.

It is our aim and intent to accommodate up to 1,500 individuals every year and we are exploring whether this is best served by one large building or perhaps by several smaller but connected buildings. From our initial discussions with the housing provider, the individual units would be approximately £6 million and we would intend to build 3 – 4. A larger scale single building would be in the region of £30 – £35 million. 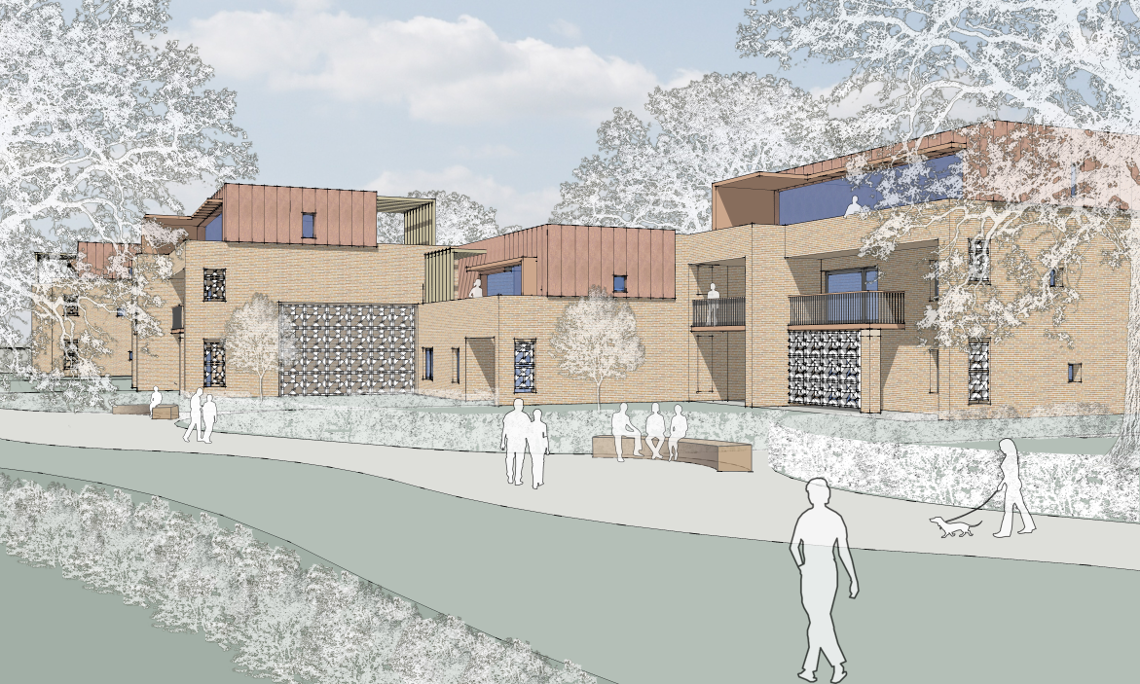 Salaam Villages will include houses and flats with between 3 and 4 bedrooms which will be places of refuge, safety and peace. This project will be aimed at mainly single women with children, especially those who have been victims of domestic violence or be bereaved and become estranged from their families or not have any family. We envisage that families will stay in Salaam Villages for up to 2 years in order to heal their situations and where possible be reunited with their families, before moving on into permanent accommodation. The ideology of Salaam Villages in to enable families to heal, reestablish themselves both economically and emotionally and to become self-sustaining.

The Salaam Villages will vary in size (subject to land availability) ranging from 20 – 30 family housing units up to 100 units in larger plots. All villages will include communal spaces and recreational facilities. Smaller villages will cost circa £3 million – £5 million with larger villages costing between £25 million – £30 million.

We have, with our architects, created some initial designs for Salaam Villages which will be designed sympathetically for Muslim families whilst also being open to all communities.

We use cookies to ensure that we give you the best experience on our website. If you continue to use this site we will assume that you are happy with this.OK